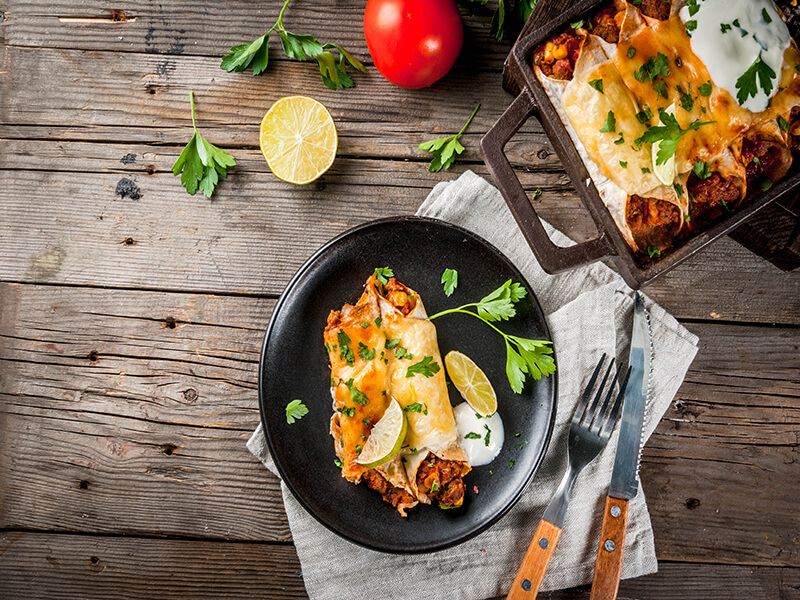 Ola! This month, Godrej Nature’s Basket brings to you the gastronomic delights of TexMex cuisine inspired by Mexican and American food cultures. Revel in the joys of this colourful and rich cuisine and make delicious Mexican food in your kitchen. We now carry international Mexican food brands renowned for their intensely flavoured sauces, ready to use mixes, tortilla and chips, taco shells, sour cream and cheese sauces.

Get to know Mexican cuisine better! Here is a list of your quintessential Mexican Pantry elements:

Tortillas: These are Mexican rotis or chapattis made of corn which is ground to make flour and then used to make dough (masa). It is then shaped into tortillas. These are stuffed with meats, stews, beans, rice and salsas and rolled and eaten on their own or baked as enchiladas or deep-fried as chimichangas. Nature’s Basket carries flour, wheat and corn tortillas from TexMex, Old El Paso, Poco Loco and Discovery.

Nacho Chips/Tortilla Chips: These are corn chips also known as tortilla chips which are dipped into salsa, sour cream or cheese sauce and had as an appetizer. They can also be topped with jalapenos, soured cream, kidney beans and salsa as an accompaniment or a starter.

Salsa: The word simply means “sauce” and can refer to both cooked sauces and those made from raw ingredients. The most common version is salsa fresco or Pico de gallo which is made with fresh tomatoes, chillies, onions and fresh cilantro and is very similar to a mushy cachumber. When Roasted the same ingredients make salsa ranchero. There are many other types of salsas which along with sour cream are used as topping on Tortillas, tacos and served on the side with almost everything.We carry a range of Salsas from mild to hot by TexMex, La Costena and Old El Paso.

Chile peppers: Chillies originated in Mexico so there are some 60 varieties of chilli peppers, from mild Anaheims to fiery hot habañeros, and they all have their uses in Mexican cuisine.We carry Jalapeños—which are the most recognizable. Dried and smoked jalapeños are known as chipotle chillies, which provide the primary flavour in adobo sauce. This is great stirred into veg mayonnaise for a spicy dip.

Dried Beans: Another Mexican staple, beans are common on Mexican plates. They’re often prepared simply by simmering them in water, perhaps with herbs. They are also made into “refried beans” in which the cooked beans are fried well with flavours. We carry canned vegetables cooked beans and refried beans. These are used as a topping on nachos or stuffed into enchiladas, tacos burritos or quesadillas.

Mole Sauce: A wonderful rich sauce made with the unlikely combination of chocolate, chillies and many spices. It can be red or green depending on the ingredient. The sauce is often served over chicken, though turkey is more traditional. We have it ready in La Costena range.

Sour Cream: Sour cream is used as a dip or added as a topping on nachos, tacos, fajitas. It is mainly used to cut through the heat and the spice of the dish and make it mellow. It also gives the dish a slight tang and pairs well with jalapenos and kidney beans

Taco Shells: Tacos are composed of a corn or wheat tortilla fried and folded for hard tacos and rolled for a soft taco around a filling. A variety of fillings, including beef, chicken, seafood, vegetables and cheese can be used. We carry taco shells as well as a Taco Dinner Kit by TexMex and Discovery which contains Crispy Mexican Corn tortillas, Taco Seasoning Mix and Taco Sauce Hot. We also carry a Vegetarian Taco Mix which is a ready-to use filling for the Taco shells.

Jicama: This root vegetable looks like a giant turnip and has the same crisp texture of a raw potato with a mild, slightly sweet flavor. Jicama is eaten raw (often in salads) or fried, steamed, baked, or boiled. We carry this from Trikaya so be sure to look out for this in our Vegetable Section!

Avocado: Another native of Mexico is a favourite. Mashed, avocadoes are the main ingredient in guacamole which is Avocado mashed with onions, chillies and cilantro (coriander). It is served as a dip or as a garnish. Sliced avocados are often added to soups. Un-ripened avocados will not ripen in the refrigerator; they’re best left in a paper bag at room temperature until soft with a banana. Nature’s Basket carries Discovery Guacamole Dip and Poco Loco Avocado Salsa. 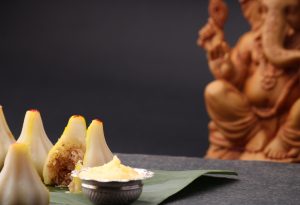 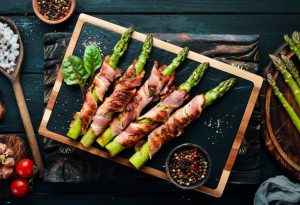