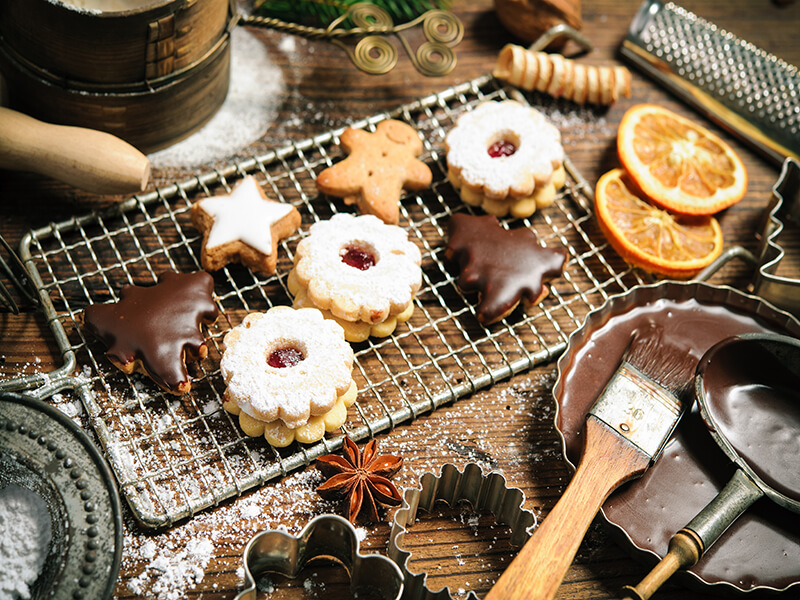 Cakes and bakes of all shapes and sizes from the Fruitcake to cookies have been part of festive holiday rituals long before Christmas. Ancient cooks prepared sweet baked goods to mark significant occasions and over the years, these were enriched with new and exotic highly prized ingredients like cinnamon, ginger, black pepper, almonds, dried fruits that were introduced to Europe in the Middle ages.

The contemporary Christmas cookie traces its roots to these Medieval European recipes. By the 1500s, Christmas cookies had caught on all over Europe In fact Gingerbread was probably the first cookie traditionally linked with Christmas. The first gingerbread man was baked in the court of Queen Elizabeth I, who honoured important visitors to with flattering gingerbread reproductions of themselves. After the success of the Grimm Brothers’ fairytale Hansel and Gretel in which there was a house made of bread, with cake for a roof and windows of barley, German bakeries began selling intricate gingerbread houses embellished with icing snow, edible gingerbread Christmas cards and finely detailed moulded cookies that were hung on nineteenth-century Christmas trees.

The practice of making cakes with dried fruits, honey and nuts goes back to ancient times but the fruitcake as we know it only came into existence much later – sometime in the Middle ages – since dried fruit only made an appearance in Britain in the 13th century. Early versions of the rich fruit cake, were indulgences for special occasions since their making in the 18th century was a monumental task. Ingredients we take for granted today required careful preparation at the time; fruit required washing, drying and cleaning, sugar which came in loaves was cut, powdered and sieved, butter was rinsed in water and again in rosewater and eggs were beaten for at least half an hour. Even the yeast that comes out of a packet today had to be coaxed to life! And after all this was done came the onerous task of fighting tempremental wood-fired ovens!

Christmas pudding, is the decadent rich zenith of the evolution of plum puddings that can be traced to the early 15th century. Initial versions were not specifically associated with Christmas and like the first mince pies, they contained meat, but as the name suggests, they were a fairly liquid preparation and were served PRIOR to the meal. When exotic varieties of dry fruit like raisins and prunes became available in Britain these were incorporated, the meat and root vegetables removed and the version we know today was created. (The name plum originally meant prune but eventually came to mean any dried fruit). A charming tradition that evolved along with the recipe is that of six objects being mixed into the pudding: 2 rings for love, a sixpence for prosperity, a trouser button for bachelors, a thimble for spinsters, and a little pig for the glutton! 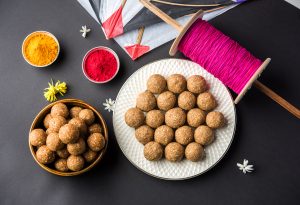 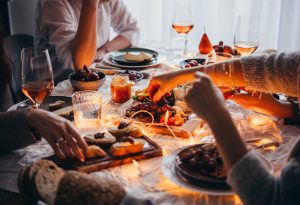 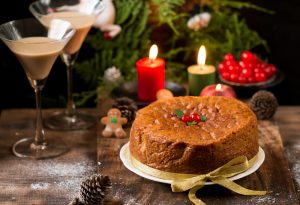 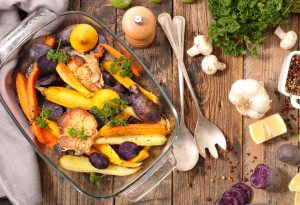 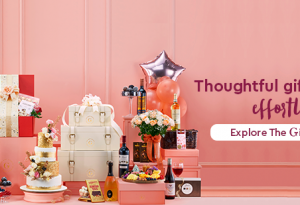